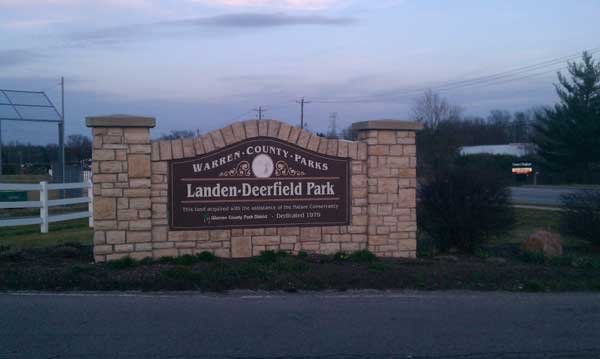 We at Lebanon Heating & Cooling are proud to serve the residents of Landen, (and those in surrounding communities) with a superior level of customer service that our competitors can’t match. In each and every visit we make to area homes, we strive to make sure each and every customer has a Five Star Experience ‒ each and every time; 100% Satisfaction Guaranteed!

With a population of more than 12,700 people, the community of Landen is located in Warren County’s Deerfield Township, near Montgomery and Columbia Roads in the southeast section of the township. Landen surrounds Twenty Mile Stand and is close to Fosters.

Named after an early Ohio settler who owned farmland surrounding Twenty Mile Stand, Theodophilus James Landen, Landen is home to the man-made Landen Lake, which sits in the center of the town’s residential area. This popular lake had the formal designation as being “Landen Farm Drainage Lake” for use in agricultural applications. However, an eventual decline in farming in the immediate vicinity of the lake later made it ideal for recreational and leisure activity, which is its sole use now other than aesthetics.

Landen Lake was greatly improved for such activity in 2008 when they completed a major operation of dredging and cleaning that pulled out a massive total of 184,000 cubic yards of sediment.

The community is also known for having Landen Deerfield Park. This park is a 95-acre piece of land located off U.S. Route 22. It is home to two playgrounds, eight baseball fields, a large lake for fishing, several hiking trails, and a large area for football and soccer fields. The park also includes two tennis courts, an outdoor basketball court, a concession stand, shelters and restrooms, and picnic areas with grills. The park also has an open-air amphitheater for performances and productions, plays, and concerts. The park is maintained by both Warren County and Deerfield Township.

We at Lebanon Heating & Cooling are honored to serve the people of Landen, Ohio, (as well as neighboring communities) with a distinguished level of customer service that is second to none. We go to great lengths to ensure our customers enjoy a Five Star Experience ‒ each and every time.