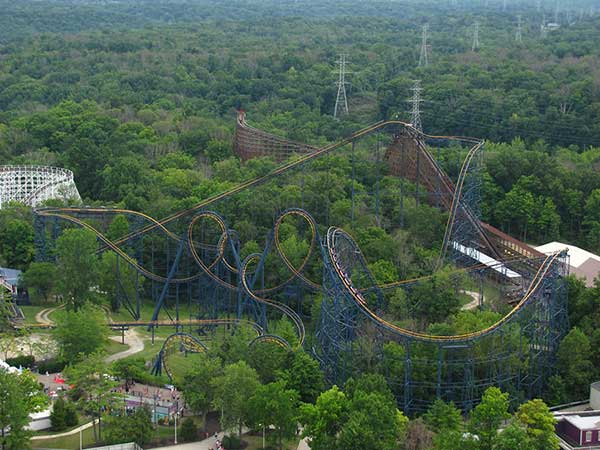 We at Lebanon Heating & Cooling are proud to serve the residents of Mason, (and those in surrounding communities) with a superior level of customer service that our competitors can’t match. In each and every visit we make to area homes, we strive to make sure each and every customer has a Five Star Experience ‒ each and every time; 100% Satisfaction Guaranteed!

If Warren County is “Ohio’s Largest Playground,” then Mason, being the biggest city there, would be considered its anchor. Located roughly 22 miles from downtown Cincinnati, Mason has a population of more than 33,800 people.

City officials in Mason welcome visitors to come for leisure time and to have fun. Major attractions in Mason include the popular Kings Island Amusement Park, the Conference Center, and Golf Center, in addition to the Great Wolf Lodge. Each year Mason serves as host of the Western & Southern Open, which is one of the world’s top co-ed tennis tournaments. This tournament is held in one of the biggest tennis stadiums in the world, the Lindner Family Tennis Center.

Additional tourist attractions include the Alverta Green Museum, and events like their annual Red, Rhythm and Boom, Christmas in Mason, the city’s famous Heritage Festival and Parade, and much more.

Historically speaking, in 1803 the Revolutionary War veteran William Mason paid $1,700 at an auction for the 640 acres of land that is now downtown Mason. With that land, in 1815, Mason laid out 16 lots and gave the village the name “Narnia.” Two years after Mason’s death, in 1832, an additional 40 lots were laid out on the west, south, and north sides of Narnia. After these had been officially recorded, the name of the village had been listed as “Palmyra.”

After that, in 1835, the town was erroneously listed as Kirkwood. Seeing this error, village officials sent the U.S. Postal Service a petition to have the name corrected. They theorized at the time the error occurred because their postmaster was William Kirkwood.

Incidentally, as it were, another city in Ohio already had the name Palmyra by that time. Because of this, officials conceded to finally naming the town “Mason” in honor of its founder, and the rest, as one would say, is history.

On top of all the fun tourist attractions listed above, Mason is home to seven different parks that sprawl out over roughly 300 acres and include wildlife, walking trails, fishing lakes, playgrounds, picnic shelters, tennis courts, and ball fields.

The city’s 199,000 square-foot Mason Community Center that opened in 2003. Today it is one of the state’s largest public recreation facilities. It showcases a climbing wall, a gymnasium, two swimming pools, a walking track, a fitness center, a field house, a senior center, and several meeting areas and classrooms. Mason’s continuously expanding network of bike paths spread out into the various parks, neighborhoods, and nearby schools in addition to the downtown area.

We at Lebanon Heating & Cooling are honored to serve the people of Mason, Ohio, (as well as neighboring communities) with a distinguished level of customer service that is second to none. We go to great lengths to ensure our customers enjoy a Five Star Experience ‒ each and every time.