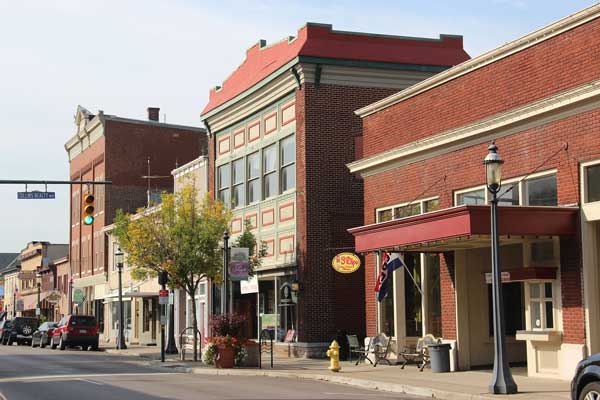 We at Lebanon Heating & Cooling are proud to serve the residents of Miamisburg, (and those in surrounding communities) with a superior level of customer service that our competitors can’t match. In each and every visit we make to area homes, we strive to make sure each and every customer has a Five Star Experience ‒ each and every time; 100% Satisfaction Guaranteed!

With a population of around 21,000 people, the City of Miamisburg is a suburb of Dayton located in Montgomery County. Well known for its many retail stores and its large industry, including the Dayton Mall, Miamisburg is located in Miami Township. It is the home of the Miamisburg Mound, Ohio’s largest prehistoric mound ‒ which was built by the Adena culture in ancient times. Initially named “Hole’s Station,” going back to 1797, Miamisburg was incorporated as a village in 1822. The new name came from the nearby Miami River. In the 1920s, Miamisburg gained its status as a city.

Much of the town’s growth came in the 1840s and 1850s, due to the Miami Erie Canal, which had its construction starting in 1827. After World War II, Miamisburg became the site of one of the earliest atomic energy facilities in the U.S. However, all production there ended by the 1990s. On July 8, 1986, a train running along the river in Miamisburg derailed and ignited yellow phosphorus. This led to the evacuation of more than 30,000 people ‒ the biggest evacuation in Ohio’s history. The whole ordeal made national headlines and resulted in more than $1 billion in lawsuit settlements.

Believed to have been left there by the Adena Culture, sometime between 1000 and 200 BCE, Miamisburg is the site of a prehistoric Indian burial mound, also known as a tumulus, which served as an ancient culture’s burial site. Currently, the mound is the most distinguished historic landmark in Miamisburg. It is also the largest cone-shaped burial mound in all of Ohio. As of 1848, the mound was 68 feet tall with a circumference of 852 feet around. Tourists come from all over to visit the mound, have picnics, and take pictures.

A city’s park was established around the site, which is at 900 Mound Avenue; it is designated as an Ohio historical site. Tourists and visitors are permitted to climb to the top of the Mound using the 116 concrete steps built into its side. In addition to a variety of parks, Miamisburg hosts several community events throughout the year, with block parties and live music. In particular, the city hosts the “Spring Break in the Burg” each spring and the “Spring Fling” festival which takes place in the downtown area in Library Park.

Every Halloween, “Boo in the Burg”  takes place downtown. At this time, many of the downtown businesses have shopping and food specials for patrons among other things.  Also in the downtown area, each summer they have a bicycle race called “Tour D’Burg.”

Other annual events include:

We at Lebanon Heating & Cooling are honored to serve the people of Miamisburg, Ohio, (as well as neighboring communities) with a distinguished level of customer service that is second to none. We go to great lengths to ensure our customers enjoy a Five Star Experience ‒ each and every time.